Interview With Melissa Mangold, Participant on MTV's Made

If you've seen MTV's Made, you probably realized that it's not exactly true to life. I mean, come on, all of the coincidences? The storylines that were strangely similar from episode to episode? The drama that bordered on unbelievable? Yeah, all of that. We sat down with Melissa Mangold, who appeared on Made, to hear what it's really like to be on this MTV series.

You appeared on MTV's Made to be made into a comedian. Did you enjoy the experience?

I enjoyed some of the experience! I enjoyed the opportunities I was given and the people I met. But I was happy for it to be over and I did not enjoy the final product.

The best part was being able to work with College Humor and learning from people in the comedy industry. The worst part was being manipulated by the producers and having the final episode reflect none of the highlights of the experience.

Would you say you were misrepresented at all on the show? What happened in real life versus what was shown on TV?

Yes I was misrepresented. The episode was edited in a way that made me appear as though I quit the show when in reality we were offered an audition after the filming was scheduled to end. I had a final that day and was unable to attend, but they cut from the most dramatic scene of the experience (aka me in tears) into me saying I would not attend the audition. It was embarrassing to say the least. The "final show" that we had been working towards was not even mentioned in the final product of the episode.

Do you feel that the producers manipulated any situations to create drama?

Yes. In my experience I was being "made" as a team with two other girls. The producers did everything they could to try to make us talk badly about each other. They also purposely scheduled events during our classes at school so we would have to choose school or comedy.

How did you get cast for the show?

Would you do another reality show if given the opportunity?

What advice would you give to future reality show participants?

Know why it is you want to do it (it better be worth it), know that the truth will be stretched, know that you'll be manipulated, know that you will not be treated as a person and your experience is nothing but a grasp for entertainment and good ratings. There will be fun moments but the best moments of filming will never make it to the final product, all they care about is drama.

Thank you, Melissa, for talking to us at Less Than Reality! We're sorry to hear that you were misrepresented on Made, but are glad you got a chance to tell the truth about it. Hopefully, your advice can help future reality show contestants.

Email ThisBlogThis!Share to TwitterShare to FacebookShare to Pinterest
Labels: mtv

Interview With Crystal Nelan, A Participant on Make Room for Multiples

Crystal Nelan appeared on TLC's Make Room For Multiples as she welcomed her triplet girls into the world. That's pretty amazing, if you ask me - not only was she preparing for a major life change, she was doing it in front of the camera. In our interview with Crystal, she tells us what she went through, and admits that while she did her best to appear positive, she could have been more honest - having triplets is tough!

You appeared on Make Room For Multiples. How did you get cast for the show? 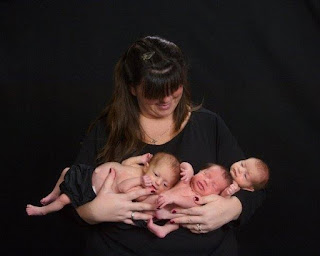 Because I was having triplets, I saw a high risk doctor. He had worked with the show before and asked me if i would be willing to submit an application. Our application was chosen.


How was your experience being on the show? Did you enjoy it? Would you do a reality show again in the future?

I loved being on the show, it really was a lot of fun.  I don't think I would ever do it again though.  I wouldn't want to live my life publicly.

Do you feel that you were represented fairly on the show? Are you happy with what aired? 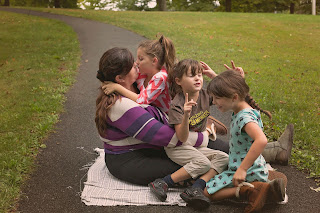 Yeah, the show did  great job. But it was amazing that they managed to whittle down about 50 hours of footage into 25 minutes.

What advice would you give to future reality show participants?

It's a lot of work. Constantly remembering where the camera was and trying to be real while trying not to embarrass yourself.  And although it's reality, they would kind of set things up sometimes, or you would say something & they would say "say that again, but like this".

If you could do it again, would you do anything differently?

I think if I were to do it again, I would be a little more honest.  Not that I wasn't honest exactly, but I definitely tried to put my best foot forward, and I really just shouldn't have cared.