With the resurrection of My Super Sweet 16 and 16 and Pregnant, it's a great time to achieve some fame, if you want to do it for the wrong reasons.

First of all, with 16 and Pregnant, it's different now than the first time around. The original participants, especially in season one, didn't realize that doing one episode on MTV would skyrocket them into fame. Even former 16 and Pregnant star Mackenzie McKee agrees with this, although her motives in speaking out are potentially to attract more fame. (She seems to be mad that former Teen Mom 3 co-star Briana DeJesus was chosen to join the Teen Mom 2 cast while she wasn't.) Here's some info on what Mackenzie had to say, according to Hollywood Gossip:

“The ladies whom are on Teen Mom did not get pregnant for fame,” she said, though it certainly did result in that through the years.
“They had no clue at the time how far with TV they would come. But they do boldly shared their stories to show others what a struggle it is.”
At face value, McKee does not make terrible points; Teen Mom is a TV juggernaut now, hence the current rebooting of 16 and Pregnant.
How much that inspires the motives of teenagers, no one can say, but there's no denying that it's a cultural force that it once wasn't.

I think Mackenzie has a point. Will a lot of girls get pregnant on purpose to be on the show? I'd certainly hope not. But people do crazy things for fame, and I doubt this will be an exception.

Interestingly, I wrote this back in 2011 in response to an interview conducted by Dr. Oz with the show's creator, Lauren Dolgen:

Dr. Oz asked Lauren Dolgen if she thinks that Teen Mom glamorizes teen pregnancy, and Lauren said no. She said that anyone that watches the show will realize that it shows the harsh reality of teen pregnancy and does not promote pregnancy.

I disagreed somewhat then, and even more now, that the show has led to massive fame and fortune for some of its participants. 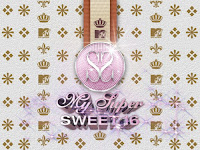 Secondly, My Super Sweet 16 coming back sends the wrong message about, well, everything. Be a spoiled brat? Sure. Treat your parents badly and rant about getting a blue Ferrari instead of a red one? Yeah, go for it. While a more recent show about Quinceaneras on a different network showed a positive side of teen parties (grateful kids, involved parents, etc.), My Super Sweet 16 did nothing positive except showcase entitlement and bad behavior. I know that this kind of thing attracts viewers, but aren't we better than that? And should we be using kids for this kind of thing?

What do you think of these kinds of shows? Great for entertainment, or bad for society?

Email ThisBlogThis!Share to TwitterShare to FacebookShare to Pinterest
Labels: 16 and pregnant