On the season seven premiere of TLC’s Toddlers & Tiaras, Tonya Bailey, founder of Bailey’s Pageants, made things very clear. Everyone wants to win the supreme title. You won’t always agree with who wins. A loss is not the end of the world. And most of all, don’t badmouth the judges or the winner – pageant wins are based on opinions. Just because you think your kid is the best doesn’t mean an impartial pageant judge will agree.

We at Less Than Reality sat down with Tonya to get a feel for today’s pageant world and what it’s like to be part of the Toddlers & Tiaras reality franchise.

Less Than Reality: You’re the founder and head of Bailey’s Pageants, which hosts multiple pageants throughout the year. Tell me about your pageants and why girls are clamoring to compete in them.

Tonya Bailey: At Bailey's Pageants we work hard to make each child feel like they are the Mega Ultimate Winner! We work hard to have one of a kind amazing crowns and the best prizes. We do lots of special extra things for the contestants to make them feel special 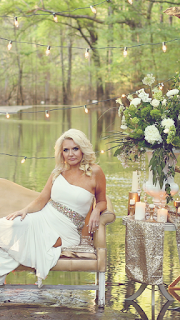 Less Than Reality: How did you get involved in pageants? Did you compete before you began your own company?

Tonya Bailey:  I competed until the age of 16 and began directing at 18. I am currently 45, so it has been some time. My husband Todd is the pageant emcee. My sister Shelia, her daughter Kristi and my Mom Lila also help with everything. So, everyone puts effort in making Bailey's Pageants great.

Less Than Reality: Your Jungle Safari pageant was featured on Toddlers and Tiaras. Do you think the fact that this pageant was on the show encouraged more girls to compete? Do you think anyone shied away because of the television coverage?

Tonya Bailey:  I believe some enter the pageant for the chance to be seen on TV and the excitement of a filming crew.

I have heard of some people who would rather not attend a pageant that is being filmed. I guess they feel nervous of possibly being filmed doing something they wouldn't want on TV, or something being taken out of context.

Less Than Reality: Do you think Toddlers and Tiaras has changed the pageant world? Has it made it more competitive, or made it even glitzier than it was before? Did you notice a rise in pageant enrollment as the show gained popularity?

Tonya Bailey: I have had many people tell me they entered the pageant because of the show. They saw the show and wanted to see what a pageant was really all about! The pageant world has always been competitive, just like any sport, and is always evolving. Someone is always taking it to the next level.

Less Than Reality: Season 7 is the first of Toddlers and Tiaras to focus on pageant coaches. Do you think a pageant coach is necessary to win a pageant? 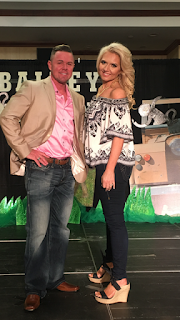 Tonya Bailey: Pageants are hard work! It takes lots of dedication and discipline to be able to compete. I see some who may not have practiced, and when they hit the stage they are not prepared and it shows! Knowing you did all you can for your child to be the best she can be is what every parent wants to provide.

Less Than Reality: If you could give advice to anyone thinking of getting involved in pageants, what would it be?

Tonya Bailey: It's an expensive hobby but very rewarding! Learning to overcome shyness and come out of a shell are one of things I really enjoy seeing. How a contestant can evolve just like a butterfly. Just be prepared to put in the work because that is what it takes to be a top competitor.
Less Than Reality: Anything else you’d like to share?

Tonya Bailey: Pageants are a passion of mine. I enjoy the hobby and love to see all the hard work each contestant does show as they shine on stage.