Teen Mom 2 Being Pulled From The Air? It's a Possibility!

Although MTV has since denied it, The New York Post shared the news that Teen Mom 2 is being pulled from the air because of Jenelle Evans' crazy antics.

The New York Post reported that MTV is pulling Teen Mom 2 from the air because of Jenelle Evans' over-the-top behavior, possibly as part of the network's campaign to protect its image. I would hardly blame the network for pulling Jenelle off the airwaves. After all, she recently advertised her quickie marriage, pregnancy, miscarriage and divorce, which hardly paints a pretty picture of the girls who've gone through the Teen Mom circuit. Plus, reports have stated that her (possibly ex) husband Courtland Rogers is only with her for the MTV paychecks, so maybe this cancellation will give Jenelle a chance to associate with people who care about her for who she is, not for her money. 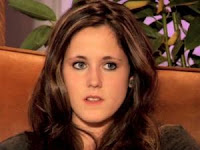 Before you breathe a sigh of relief for humanity, Entertainment Weekly reported that MTV denied these claims, and the network hasn't yet decided whether they'll be filming season five of the reality show. Season four will air as planned.

My thoughts? MTV has gone way too far with the Teen Mom series. 16 and Pregnant was relevant during its freshman season and maybe even during season 2. And the first Teen Mom was relevant because we saw the original 16 and Pregnant participants go on with their lives. But when 16 and Pregnant went into further seasons and Teen Mom 2 hit the air, the show had gone too far. Reports swirled that girls wanted to get pregnant to be on the show. And the lives of the Teen Mom participants stopped reflecting what their 'real lives' would have been because they weren't struggling teen moms - they were girls with paychecks that could more than pay for daycare. Plus, like it or not, the show glamorized teen pregnancy. In the news, we read about all of the opportunities the girls are getting (Isn't Farrah Abraham getting a spinoff?) and about their $200,000+ paychecks. Raising their kids is still difficult, but it's probably made much easier with the assistance of fame and fortune. Seriously, at least 3 of them have gotten breast implants, Jenelle included. Her life's not ALL bad. She's just making terrible decisions.

I also believe that MTV did decide to cancel Teen Mom 2 but isn't quite ready to announce it. The network probably wants to wait until season 4 hits the air before telling us that there isn't going to be a season 5. But don't worry, MTV fans. Just because you're losing Teen Mom 2 doesn't mean there's nothing left for you. Over-the-top singer Ke$ha is getting her own show called My Crazy Beautiful Life, and that's sure to satisfy the reality TV love in all of us. We'll watch Ke$ha spiral into fame and deal with her day-to-day life as filmed by her brother, Lagan Sebert. And if that's not enough, flip the channel to Fox, where you'll catch a six-week test run of Kris (Kardashian) Jenner's daytime talk show. According to Fox's team, Kris' talk show will complement Wendy Williams' and Bethenny Frankel's talk shows, making it a great fit for the network. I beg all of you NOT to watch that, though, so we can stop the Kardashians from dominating even more of the airwaves. Enough already!

Oh yeah, and to close things out, Bethenny Frankel's divorce is getting messy, messy, messy! Not only did Jason Hoppy deny Bethenny's request to take their daughter on a trip to Australia, but he's standing firm on his divorce demands, which echo Bethenny's. Their matching demands are as follows:

Hoppy's list of demands looks suspiciously like Frankel's, according to TMZ. He reportedly wants primary custody of their 2-year-old daughter Bryn, plus child support, as well as primary custody of their marital house. That's the same house the reality TV star said she wanted when she filed for divorce a few weeks back. Same daughter too.
Beyond that, he's reportedly looking for the same benefits-style package she styled for herself: medical and dental for himself and the kid, with a life insurance policy on his ex-to-be that would benefit him and Bryn.


Do I think Jason really wants to fulfill these ridiculous demands? No! I do think he wants everyone to realize what ridiculous demands Bethenny is making, and his actions will call attention to that. Sure, he's playing games, but he probably has to...Bethenny started playing dirty first.
at February 03, 2013