Guest Post: How Society's Views of Homosexuality Are Affected By How Television Portrays Gay Teens 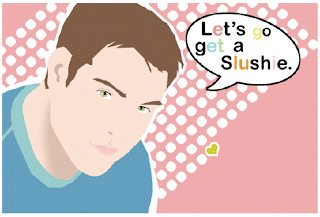 Gay teenagers have been portrayed increasingly in the media in recent years, especially on television shows. Fortunately, many of the instances in which gay teens are shown or typecast as characters on shows, it is in a rather positive light. However, there are times where the homosexual lifestyle is not favorably portrayed, and this can be troubling when it deals with teenagers.

Since teens are the main viewing audience of shows that feature teenagers, it is even more important that homosexuality in teens is treated realistically and with sensitivity. If all that they see is someone hating himself or herself for feelings that he or she is having, then that spreads a negative message about how gay and lesbian teens in real life should view themselves. There was one episode of a show in particular that dealt with a gay young man who attempted killing himself after he experienced bullying. While this may happen in real life, and it is a step in the right direction for major television programs to talk about such things, many people say that it could have been handled in a different manner.

A notable soap opera has recently shown the development of a character who is gay. It has gone into some depth in regards to his feelings and others' reactions after him coming out of the closet. While he was ashamed at one point, this character has been made into a self-confident young man who is clear about who he is. When many sides of the situation are dealt with, it helps to show that it may not be easy to be out as a teenager, but that it is possible to be a proud gay teen today.

It is all too easy to show flamboyantly gay teens and militantly feminist lesbians on television. This is a misgiving on the reality of how different each and every gay and lesbian teenager can be from one another. However, more shows have been steering away from the predictable roles of the past, in favor of teens that just happen to be gay or lesbian, rather than someone whose character is shaped around him or her being gay or lesbian.

When the society views television programs that deal with homosexuality in teens in an open and realistic manner, it helps to open up the lines of communication as a society. This is crucial for our modern age, as no teen should be made to feel hated or looked down upon for who they are. Parents who watch shows with their teenagers can facilitate these conversations with them, to ensure that they are not misunderstandings and that their children grow into confident, happy and respectful individuals.

Photo above is used under Creative Commons License. Credit.

About the Guest Author

Sontoya Kim writes for TheFamilyCompass.com and helps them in spreading awareness about troubled and depressed teenagers (and how to deal with them). The Family Compass aims to increase awareness on the current psychological and societal stresses of today's teens and how these factors affect the future of our society.
at February 09, 2013