Whitney Houston: Is It Right for People to Profit From Her Passing?

Yesterday, the news was almost completely dedicated to coverage of Whitney Houston's funeral and the events surrounding it. While I fully support the love and respect being shown to the late Ms. Houston, there was one issue that really made me think - and I'm not sure that I'm keen on how it rolled out.

So, what's the issue? People unrelated to Whitney Houston were profiting from her passing. Don't get me wrong - I'm not opposed to people buying her music. After all, many of us know and love at least one Whitney song, and this sad event simply reminded us to go on iTunes to download a song that we truly enjoy. 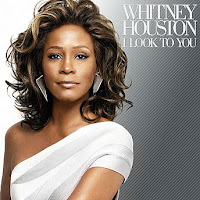 What I'm talking about is random people using this event to make a profit. For example, a news station spoke to a woman standing outside Whitney's funeral, who was there simply to get a glimpse of the events taking place. The news anchor asked what the woman was holding, which was a t-shirt with some photos of Whitney's face on it. The woman presented her item and told the news anchor that she bought it because it 'makes her feel close to Whitney.' Fully respectable. But when the news anchor asked where the woman obtained the shirt, she said from around the corner.

What that means is that people, immediately after Whitney Houston's passing, jumped on the opportunity to create shirts simply to make a profit. Sure, their intentions may be good (to allow people to celebrate Whitney), but in a way, it feels kind of, well, wrong. It makes me sad to think that someone's first thought after hearing of Whitney's fate was to say, "I bet we can sell a ton of t-shirts at this funeral. Let's get on that."

I understand that people love money and money makes the world go round, but it just seems wrong to me that people are using someone's passing as a way to make a few quick bucks. What do you think?
at February 19, 2012