Catching Up With Michelle Betts of Tough Love Miami

With Tough Love Miami behind her, Michelle Betts has learned a lot of lessons about life and love. Since the show, Michelle has enjoyed a thriving fitness career as well as her newfound fame. She's also experienced love and heartbreak, all of which were portrayed during Tough Love Miami and the subsequent reunion show. Today, we caught up with Michelle to discuss how she's been since Tough Love Miami and her thoughts on love, life and her next steps.

1. On Tough Love Miami, we saw you move away from bad boys and go for a good guy, Sam, who ended up hurting you before a reconciliation on the Tough Love Miami reunion show. Where has the romance with Sam gone since then? Is he still in the picture? If he's not, is there a new guy in your life?

This is so ironic, and it hurts me to say that Sam, although appeared to be a "good guy", is the worst kind of guy out there, he's really a bad guy.  He used me, the only reason he came back on the show was for television purposes.  As soon as the reunion aired, Dec. 18th, the phones calls became fewer and fewer and he started avoiding a trip due to working so much......something I heard before.  The fact of the matter is, he's pursuing an acting/modeling career in Miami, and never really was interested in me.  Yes, it hurt, but I actually bounced back really fast, and although I regret meeting him, I do not regret the show.  I need to make it known that I do not hold Steve Ward, VH1, or any part of the production responsible.  He fooled them also.

The show was an amazing experience for me and I would do it all over again. Steve Ward really helped me see exactly what I was doing wrong, and why I was doing it.  So, as of now, I am single in LA, and most of all ready to meet a really good guy and have a healthy, happy relationship.  I'm actually inceredibly happy.

2. How has your life changed since Tough Love Miami? Do you get recognized on the street? Has your blog, Michelle Betts Fitness Fanatic, gotten more views? Has your personal training business gained a lot of new clients? 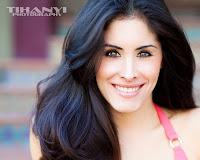 My life has changed DRASTICALLY since Tough Love Miami! I get recognized all the time, my fans have been so kind, reaching out to me and saying really wonderful things.  I constantly get stopped for photos and autographs.  I have a public P.O. Box and when I checked it before Christmas, I had so many cards and presents from fans. Its been such an AMAZING experience and I am very grateful for my fans. I try and reach out to all my fans as best as I can.  My fitness blog hits have skyrocketed, and I've gained many more fitness clients.  I like that I have been able to hopefully help a lot of people reach, or start to reach their fitness goals; that makes me really happy.  I also now, because I have a show behind my belt, have been offered parts and have had television execs, agents, people in the business seek me out, which is nice because in Hollywood, the hardest thing for me has been getting in the door.

I do need to say also that through the show I have made such great friends with so many of my castmates.  I communicate with almost all of them, I love them dearly, and Jane has become like family to me.  I'm so glad I went through this process with this amazing group of women.

3. If someone were to ask you if they should go on a future season of Tough Love, what would you tell them? Why?

If someone were to ask me if they should go on a future season of Tough Love (which has happened), I would 100% say do it.  Steve Ward helped me in so many ways.  Personally, I believe he is almost 100% accurate in what he says regarding dating.  I've used some of his tips dating in LA...and they absolutely work.  I would, however, caution to not go into it thinking that the men would turn into a real relationship, to do it as a learning experience.

4. You're much more than a reality star, so I want to address a topic that's not about your appearance on TV, but about your career. If you could only give people one piece of fitness advice, what would it be? Would it be to work out frequently? Cut your calorie intake? Or something else entirely?

If I could only give one fitness tip it would have to be to stay consistent, to keep moving your body.  Weather it be in the gym going hard, or on a walk....movement gets results and, it only happens with consistency over time. To not get discouraged. Losing weight is hard and it doesn't happen overnight, but if you keep at it, and are consistent, you will see results.

5. What's next for Michelle Betts? What are your future plans?

What's next for Michelle Betts?  Well, I have A LOT in the works.  I'm currently pursuing a few other shows, and am pretty confident 2012 will bring me another. I also have finished a fitness book that is currently being edited, I developed a resistance band that I would like to launch by the end of the year, I was invited to be a fit fluential ambassador, which is a great honor. I have my own boutique on: TheLookstore.com and lots of meetings planned.  I have an on-going fitness column in a Canadian Publication, On The Go, which is very exciting! So, let's just say I'm not going away....there's lots more of Michelle Betts to come and I want to always keep helping America with our obesity epidemic.