According to PerezHilton.com, Chris Daughtry thinks American Idol's gone too soft on contestants and should bring back some criticism.

I can see what Chris Daughtry is saying about American Idol going soft. I mean, the main change is obvious: Simon Cowell's gone, and Jennifer Lopez and Steven Tyler are hardly as vicious as Simon was. That being said, the whole dynamic of the show shifted when J Lo and Steven joined the judging panel, so I wouldn't say the judging style is better or worse...it's just different. Gone was the good cop/bad cop dynamic that Simon and Paula Abdul had (with the random Randy Jackson "dawg" and Kara Dio Guardi's unmemorable comments), and in are the new judges, who are still feeling out their roles on the show. 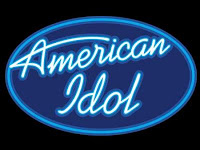 I think it would be unfair to expect the new judges to jump in with the same confident vigor that Simon displayed during his run on American Idol. Simon, after all, built a career around judging people and making stars. The new judges are stars in their own right, but haven't necessarily had the experience judging others. They probably weren't ready to jump in head first with attitude, and besides, they had to learn where they fit on the judging panel before making too big of a splash.

One factor that I think affects the current judging panel versus the panel of Simon's generation is that J Lo and Steven Tyler have to protect their images in a way that Simon didn't. Simon was the mean guy - that was his thing. But J Lo and Steven Tyler were stars before this show and will be afterwards, so they have to consider their public images. If they turn into major jerks on TV, will producers want to work with them? Will they get cast in movies? Will managers want to take them on? A bad reputation in Hollywood is toxic...and these two have a lot to lose if they exhibit diva-like behavior.

Would some good criticism be nice in next season's American Idol? Absolutely. And I think there will be, now that the dynamic is pretty well set among the judges. Hopefully, the judges will take a cue from their increased comfort level and from Daughtry's comments and add a bit of Simon's spirit back in the mix.
at November 23, 2011