If you watch The Millionaire Matchmaker, you know that Patti Stanger loves most gay guys and is Jewish. In fact, her Jewish heritage is part of what makes her a matchmaker. Despite that, when she criticized both groups, people were quick to express their anger. 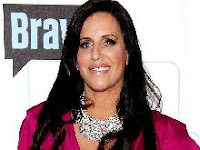 Patti Stanger appeared on Bravo's Watch What Happens Live show with Andy Cohen. She spoke some words mostly likely out of frustration, but people took offense.

Patti appeared on Bravo's "Watch What Happens Live" -- when she said gay men are incapable of monogamy ... adding, "There is no curbing gay men ... I have tried."


While trying to defend herself against the anti-gay and anti-Jewish allegations, Patti dug herself into an even deeper hole. On Joy Behar's show, she stated:


"But the gay men, they whip it out at eye lock. They get involved and they find out later if they want a serious relationship."


Patti is issuing an apology, and so is Bravo, stating that the network doesn't agree with Patti's statements. Patti is saying that she didn't mean any offense, and I believe her. After all, many of her matchmaking clients are gay and/or Jewish. I think she was simply having a tough time with her matchmaking business and needed to vent. When we watch her show, we see Patti talking about how much she loves gay guys and Jewish guys, although she seems to hate pretty, straight women.

Patti's probably lashing out due to stress. Her show The Millionaire Matchmaker is getting played out. The show is starting to seem the same week after week and is getting criticized for being fake. Plus, with Bravo's recent Real Housewives of New York shakeup, who knows if Patti is next to get the axe?
at September 27, 2011